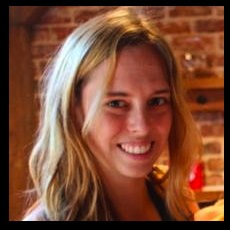 Six months ago I was sitting in a chair across from Jeevan at Berrett-Koehler for an informational interview. We were talking about developmental editing, and Jeevan looked at me and asked
“Do you think you would be good at it?”
I had one of those slow-moving time moments where my brain did a few backflips (this is where you say yes. YES, not um, well I think, probably- Be confident- This is not the time for modesty- just say it!!!) before my vocal chords managed to force out a response.
“Yes, yes I do.”
Like many women, my reticence was only the result of a culturally ingrained resistance to tooting my own horn, and my initial work with Berrett-Koehler landed me a shiny new job as the assistant to the Editorial Department. I could not be happier.
Jeevan asked me to write up some of my impressions three months in, and since I can't stop telling people how wonderful my new job is, it was a welcome invitation. Here are my three biggest (and most pleasant) surprises:
1. My co-workers are all have perfect faith that I am going to blow them away.
While the expectations of me here are very high, the assumption that I am going to do great things for the company is made just as clear. In some previous (disastrous) jobs, there either were no expectations, or worse, it was made clear to the young employees that we were considered failures waiting to happen. The difference between these two messages is astronomical. Instead of fear and ill-will leveled at my superiors, at BK I want the company to grow and thrive and sell lots of amazing books! I want everyone around me to succeed. Their faith in me is the very thing that kicks my innate ambition into overdrive. (Incidentally, I kind of wish those ex-employers would read some of our books! Practicing Positive Leadership comes to mind...)
2. Stewardship is a thing. And BK does it really well.
Steve Piersanti gave me my copy of Peter Block's Stewardship at the end of my final interview. I was immediately intrigued, and excited to be at a company that valued service as a founding principle. The idea that struck me the most (possibly because of my regular traipsing off to Black Rock City) was the extreme responsibility a Stewardship model places upon each and every employee. The model eviscerates the “it's not my job” line (may it die and fade into oblivion.) Instead of dictates to follow, I have a set of responsibilities. Instead of knowing that questions will be met with judgement, my professional development is a matter of importance to my co-workers. I have a terrifying level of freedom and lack of rules to hide behind, but instead I consider myself to be personally responsible for BK's continued success.
3. We Publish AMAZING books. No, seriously, we do.
I get to engage with world-changing ideas every day. I have come to see publishing as the curating of ideas. Ideas come to us in many different shapes and stages of development, and our responsibility as publishers is to be able see the heart of an idea and help reveal it. We nudge and push and shape, and eventually we bring a beautiful idea to a form than can reach thousands and tens of thousands of (and on a few occasions, over a million) people and organizations. I can't imagine a more fulfilling way to contribute to making the world a better place.

Well, what can I say - that is fantastic as for me

Three Powerful Ways to Overcome Challenges in Work and Life

Harness the Power of Surprise for Business Breakthroughs