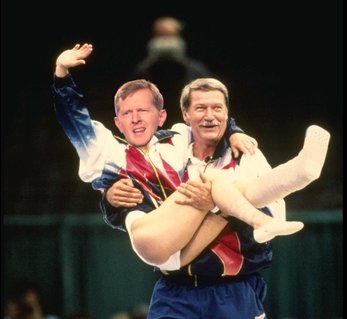 I’m off to Greece this week for the inaugural Quiz Olympiad. (Cue NBC Olympics anthem! But only in your head so we don’t get sued.) Here’s the press release I just got sent about the event. Wish us luck!

Boulder CO, October 28, 2016: Author and game show champion Ken Jennings has been named captain of the American team by the USA Chapter of the International Quizzing Association (iQa). He will lead a group of 16 trivia players, academics, and other know-it-alls to take on adversaries from across the globe at the Quiz Olympiad in Athens, Greece during November 3rd – 6th, 2016.

The national team includes Shane & Lee-Ann Whitlock of Arkansas; Les Chun, Raj Dhuwalia, Julie Ghanbari, Tanay Kothari, Mark Ryder, and Kathryn Verwillow of California; David Legler of Illinois; Tim Polley of Mississippi; Chris Goheen of Pennsylvania; Jean Cui and Brandon Saunders of New York; and Ed Toutant of Texas. Ken Jennings represents the state of Washington, and Paul Bailey of Colorado is the team manager. Members of the team hold a variety of advanced academic degrees, are champions as individuals or on teams from a variety of quiz & trivia competitions, and have won a combined total of over $8 million on television game shows.

The Olympiad will see individuals and teams from 26 nations answering questions in categories including business, culture, entertainment, film, geography, history, lifestyle, literature, media, performing & visual arts, science, sport, and technology. “I always have a great time when I get to attend one of these international quizzing events, mostly because I love the idea that trivia is a noble, global pursuit. Quizzing should absolutely have its own Olympiad, with all the attendant pomp and prestige and geopolitical pressure and wild shenanigans in the ‘Olympic Village.’ I wouldn’t miss this for the world,” said Jennings. All Team USA members will compete in individual, pairs, and four-member squad events. The top USA squad will be Jennings, Dhuwalia, Ryder, and S. Whitlock. The top USA age 30 and under (30U) squad will be Cui, Kothari, Polley, and Saunders.

The Quiz Olympiad will be the largest and most diverse competition of its kind ever, with players from all over the world contesting titles and participating head-to-head for the first time. Since 2003, the International Quizzing Association has organized a variety of events worldwide to stimulate mental competition at the local, regional, national and international level. The next World Quizzing Championships take place at over 200 locations across the globe including 20+ locations in the USA on Saturday, June 2, 2017 (see www.worldquizzing.com). The next Trivia Championships of North America (TCONA) take place August 4-6, 2017 in Las Vegas, NV (see www.tcona.com).

The Driver in the Driverless Car

How Our Technology Choices Will Create the Future

The Driver in the Driverless Car (Audio)

How Our Technology Choices Will Create the Future

Trump Is Right About Carried Interest Deduction
Donald J. Trump is an embarrassment to at least one Wharton graduate (me). But I agree with him on getting rid of the carried interest deduction. Before getting into why I agree with Trump on...
Read more...

What’s In Your Purse? Fredrica’s Got 7 Reusables and a Good Reason to Carry Them
We’re all familiar with the Capital One slogan, “What’s in your wallet?” But I didn’t expect waste-watcher-in-chief, Jacquie Ottman to pose a similar question over lunch: “What’s in your purse?...
Read more...

Be Curious. Teach Curious.
To some it may seem strange to be advocating curiosity when everyone else is suggesting we all learn coding, Sourced through Scoop.it from: www.aceweekly.com This law teacher is advocating that...
Read more...

The Crow and the Rabbit
A crow was sitting on a tree, doing nothing all day.A small rabbit saw the crow, and asked him, "Can I also sit like you and do nothing all day long?"The crow answered: "Sure, why not."So, the...
Read more...

Caring Commitment
Back in 2001 I attended a BK author conference (as an invitee of one of the organizers). At the time I was working on my dissertation, aiming to link leadership with consciousness development. I...
Read more...

An Introduction to Quora
Quora is a social question site that’s been receiving a lot of attention lately. Think of it as Wikipedia, but with questions. When a user has a question, he adds it to the site for other users to...
Read more...

The Crying, Screaming Environmentalists
No one is entirely sure whether this video is real or not (Earth First has not made any definitive statements either way). Though it definitely seems a bit over the top, environmentalism and...
Read more...

A Caregiver Who Cares
She’s neither a business executive nor a community leader. You won’t read about her in the papers, she’s done nothing for “the masses,” and it’s unlikely that she’ll ever receive any type of...
Read more...

How to Put an End to Child Car Seat Waste
You’ve probably seen used children’s car seats left by the side of a road or propped up next to a garbage can. As an environmentally conscious mom of a toddler, I’m acutely aware of the fact...
Read more...