Leadership for the Average Joe 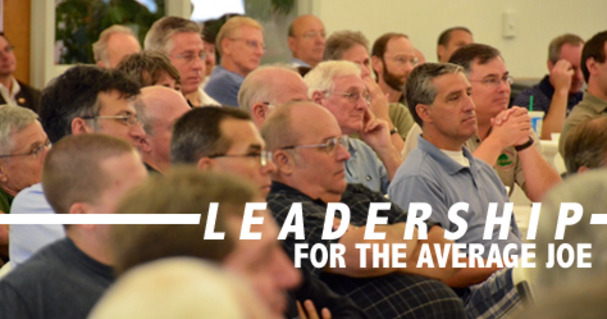 In honor of my newfound internship at Berrett-Koehler Publishers, I thought I’d take a look at one of their bestsellers: the Arbinger Institute’s Leadership and Self-Deception: Getting Out of the Box . As I was told when I picked this book out, its target audience is corporate executives…not interns. But with over a million copies sold, I figured it had to have some insight for those of us who haven’t quite made it that far up the ladder yet. So here are 4 ways us average joes can grab some practical application from Leadership and Self-Deception:

Regardless of if it says “Manager” on your nametag, or if you’ve ever started a trend, or if you’ve never told anyone to do anything, you’re a leader. I’m a leader. Heck, we all are. That’s because we don’t even need to be conscious of our influence on others to have influence. Other people are always looking to us, yes, even to us interns. Your siblings, your children, your parents follow your lead when they don’t know how to act. Those kids on the bus model appropriate behavior after you. Face it, you have an influence on what other people do.

So basically, being "in the box" is a perspective issue: we look at other people like they’re objects, or perhaps more appropriately, scapegoats. We perceive others as having all the blame, and ourselves as not having a problem. We deceive ourselves when we smother our responsibilities to other people in favor of our own whims. Last semester, my roommate never woke up to her alarm. Like ever. I would be listening to a 30-second clip of One Direction on repeat for 15 minutes, but instead of taking the time out of my morning routine to wake her up, I would just leave and let her sleep through her class. I put myself in the box when I convinced myself that she was the bad roommate, conveniently forgetting that I’d let my frustration stop me from just tapping her on the shoulder so she could get to class. In my mind, she was the one to blame for our strained relationship.

Getting out of the box is pretty simple, it means recognizing that you’re in the box, and stepping out. It means remembering that I’m not the only person in the world. It means taking a jarring, real-life look at the complicated, storied humans that experience the exact same problems I do. It means taking on a new perspective. When I take a step back from that situation, I can pretty easily acknowledge that having a roommate is a give and take relationship. She would offer me rides or let me borrow her car whenever I wanted. That, that is giving. When I heard that blaring alarm going off, again and again, it was time for me to give. When I remember what she’s done for me, or remember that she stayed up late last night doing or homework, or remember that everyone sleeps through alarms sometimes, I mentally promote her back to being a human. It is acknowledging that other people are important and accepting the responsibility that we have to them that allows us to step out of our boxes.

So here’s where we circle back to Way #1: because we are leaders, our actions influence other peoples’ actions. At my college, it is a standard that you hold the door open for people. It doesn’t matter if you’re running late to class, you hold the door. That’s because the first time you were in a mad rush, or in an awful mood, or were at least a 30 second walk from the entrance, someone held the door open for you. When we step out of our box, it raises the standard for similar behavior in others. Our roommates see it, our family sees it, and hey, even our boss sees it. As leaders, we are capable of real change in our home, our community, and our workplace, regardless of our position on the corporate ladder.

This article is inspired by Leadership and Self-Deception: Getting Out of the Box  by James Ferrell.

Leadership and the New Science

Discovering Order in a Chaotic World

Going The Extra Mile
Making a positive difference in the world, big or small, comes down to sacrifice. I refer to this as the “extra mile” concept. It used to be a Roman law that a soldier could ask a citizen to carry...
Read more...

The Magic of Stay Interviews—and How to Use Them
An Interview with Sharon Jordan-Evans and Beverly Kaye Why did you write this book? We wrote the first edition of Love ‘Em or Lose ‘Em for busy managers who were struggling to retain their good...
Read more...

Life is Easier and Brighter For Peacocks Now
A vibrant Q&amp;A with BJ Gallagher, author of A Peacock in the Land of Penguins (bonus: there are lots of colorful pictures!)  Paper collage/painting by Florida artist Elizabeth St....
Read more...

The Most Surprising Political Event of 20 Years
In honor of the 20th Anniversary Edition of When Corporations Rule the World , we discussed with David Korten the opportunities and perils of this moment in history, with regards to corporate...
Read more...