Storm Cunningham is an author, speaker, and consultant on community revitalization and natural resource restoration. He is CEO of ReCitizen, L3C, a Washington DC-based firm that advances citizen-based renewal tools. 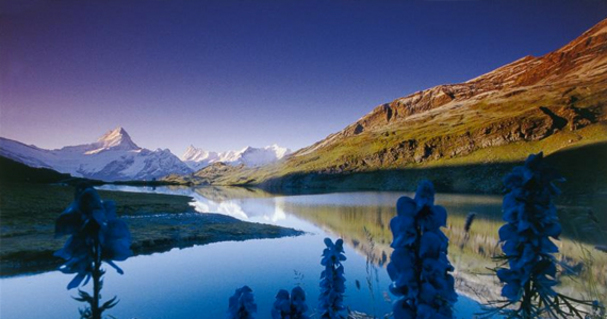 Restoring a horribly polluted, trash-choked river with badly-eroded banks is a challenge under the best of circumstances. Now, imagine tackling such a project located between Israel and the Palestinian Territories. Flowing from the Palestinian city of Nablus, through Israel to the Mediterranean Sea, the Alexander River once seemed a lost cause. Today it’s an oasis of green in a parched, degraded area, and wildlife is rebounding.

The fish in the Alexander River never heard of war, suicide bombers, or Middle East turmoil. They simply died quietly in the stinking sewage and heavy pollution that filled the river for half a century. But Nachum Itzkovitz-the three-term Mayor of Emek Hefer Regional Council-heard the fish crying and saw them dying. In 1995 he chose Amos Brandeis, an architect and regional planner specializing in complex, large-scale environmental projects, to plan and manage the river’s rebirth. Itzkovitz established-and Brandeis managed-the Alexander River Restoration Administration, comprising twenty public and state entities in Israel from the local to the national level.

The Ministry for the Environment, the Jewish National Fund, the Emek Hefer Regional Council, and the Sharon Drainage Authority spent over $12 million on the restoration. New and renovated water infrastructure on the Israeli side removed most pollutants, and environmentally friendly methods of flood protection were used. Seven river parks were created, attracting thousands of people every weekend. There’s an annual River Parade, and the public is involved in saving the huge and rare Nile Soft-shelled Turtles.

The economy was also rejuvenated: Entrepreneurs developed leisure activities near the river parks to serve the 200,000-300,000 visitors who come from around the country to see the restored river. The contractors who worked on the Palestinian side of the project are all Palestinians, and the German funds supporting that part of the project were important to the Palestinian economy. The restoration of the stinking sewage ponds that border the residential areas of the Palestinian town of Tul Karem increased both quality of life and real estate values. The Israeli people of Emek Hefer and the Palestinian people of Tul Karem ignored painful political issues to heal the environment, creating an inspiring example for both their peoples. The project received five prizes, including Australia’s 2003 International Thiess Riverprize.

All around the world, thousands of rivers and urban streams are being restored for wildlife, for aesthetics, for flood control, and for socioeconomic revitalization. This is just a tiny part of the fast-growing, trillion-dollar-a-year restoration economy. Restorative development (defined as socioeconomic revitalization based on restoring the natural and built environments) is replacing our old frontier-style new development model, which is based on conquering new land and extracting virgin resources.

How can you do such work? Almost every population area has groups devoted to the revitalization of watersheds, ecosystems, historic areas, agricultural lands, and estuaries. If yours doesn’t, find something you’d like to restore, and start one:You’ll find restorative projects to have uniquely bipartisan appeal. At the national and international levels, public and private professionals, scientists, non-profit leaders, students, and citizens are joining organizations like the Revitalization Institute (www.revitalizationinstitute.org) to foster restorative development of our communities and natural resources. They provide Restorative Governing training for communities and government agencies, and can assist your local efforts.

The Alexander River Restoration Project shows what can happen when public and private interests integrate the restoration of the natural, built, and socioeconomic environments. Such work often has a restorative effect on its practitioners, as shown by the Alexander River experience.

Storm Cunningham is the author of The Restoration Economy (Berrett-Koehler, 2002).