Lessons from Greece, Spain, and Chicago for Progressives

Wade Rathke is the founder of ACORN (Association of Community Organizations for Reform Now) – a nationwide activist network engaged in community organizing. 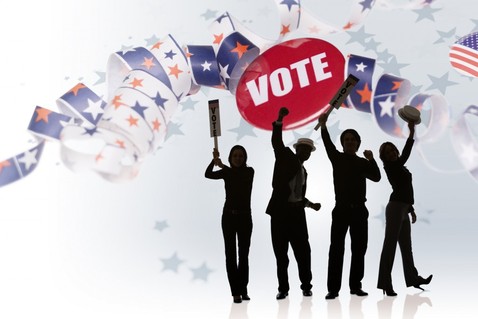 New Orleans        Recently Dan Cantor, the long-time head of the Working Families Party of New York and now director of their multi-state efforts to create a progressive alternative party, co-authored a piece that ran in the publication, In These Times, about lessons we could learn from the electoral victories of Syriza in Greece and the upsurge of support for Podemos as an alternative, progressive party in Spain.

The eight lessons were:

Lesson 2: Against the oligarchs and the “totalitarianism of the market” which serves as a cover for their interests, we, the forces of democracy, have to fight back.

Lesson 3. Inequality is objectionable, but more fundamental is people being denied the things that they need.

Lesson 4. Draw a link between what working people need and what society as a whole needs.

Lesson 5. Have a program. Say what you will do—don’t get dragged into debates about how you will do it.

Lesson 6. A program needs spokespeople, and it really helps when those spokespeople are or will be in government.

Lesson 7. Like Greeks, Americans think that their political system is broken—and they want an alternative.

Lesson 8. No mourning for golden days.

The easiest of the eight is probably not mourning for “golden days,” because goodness knows when that might have been, but let’s not get distracted.  These lessons are not just valuable as a guide for what the Working Families Party might envision, but generally inform how progressive politicians even within the Democratic Party like Senator Elizabeth Warren from Massachusetts or New York City’s Mayor Bill DeBlasio might operate.  Reportedly, even presidential candidate, Hillary Clinton, is in New Hampshire at least sounding like a progressive for a minute or two.

“By way of comparison, the WFP in Connecticut and New York got about the same percentage of the vote in their 2014 legislative races that Podemos got in the European legislative elections that put them on the political map, but the U.S. system does not turn minor party votes into a percentage of a legislative body.”

Importantly, the Working Families Party is finally broadening its reach – and appeal – by abandoning its primary tactic of fusion and running on its own line, noting that the Connecticut branch of the WFP just elected their first state legislator anywhere on their own independent party line.

The letter from the progressive wing of the US Senate including Warren, Minnesota’s Franken, Vermont’s Sanders, and several others to the FCC demanding the monopoly merger between Comcast and Times-Warner cable be rejected is another good example of the bounty of available planks we have for our program.

Ideas and initiatives abound.  We need more “grit” and get in the organizing now to make it happen.

Bad Romance: Women’s Suffrage (this is a Parody)

Women Leading Change: Leadership Profile of Saran Jenkins Crayton
Everyone deserves the best defense. They fight for it. Gideon’s Army The landmark case of Gideon vs. Wainwright laid the foundation for protecting the rights of criminal defendants. For those...
Read more...