I am an independent facilitator, trainer and consultant based in London, UK.  I am a Certified Professional Facilitator of the International Association of Facilitators, and former IAF Chair and IAF Europe Director. I am an ICA Certified ToP Facilitator (CTF), an Associate and former Chief Executive of ICA:UK and former President of the Institute of Cultural Affairs International (ICAI). I have been facilitating and training, specialising in ICA’s ToP facilitation methodology, since 1986. 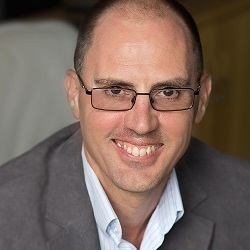 Martin does not have any books data.

See also How I work.

As a facilitator I design and lead processes that help groups to learn together, to make decisions and plans together, and to achieve common goals together. As a trainer I design and deliver courses that help people to gain the skills, knowledge and confidence to facilitate groups effectively themselves. As a consultant I make my expertise available to  clients and groups as I work with them to achieve the change that they are seeking. I draw a clear distinction between the three roles, but very often I play two or more of these roles in a single project in order to develop capacity for the future while accomplishing the task at hand. I work online as well as face to face.

As a Certified Professional Facilitator, my clients are assured that I uphold theIAF Code of Ethics and that I demonstrate the full range of core Facilitator Competencies.

I draw on a wide range of methods and approaches in my tailored facilitation work, including Appreciative Inquiry, Future Search, Open Space and World Cafe among others. In all of my work, however, I draw on the Technology of Participation (ToP), the approach pioneered and refined by ICA in over 50 years of experience worldwide. This is a proven system of methods and tools that can be adapted and applied to help all sorts of groups accomplish a wide variety of tasks together. The main methods and tools are described in the descriptions of the training courses in which they are taught (below). The core values of the ToP approach, which inform all of my work, are:

My facilitation work is all tailored to help a particular group achieve a particular goal in a particular context. There are, however, a number of common scenarios for which I am often asked to help. These include:

My training work is primarly focused on the methods and skills of ICA’s Technology of Participation and the wider IAF Facilitator Competencies. I draw on my own experience and the wealth of curriculum developed by ICA over many years to design and deliver tailored programmes to help particular groups to meet their learning goals. 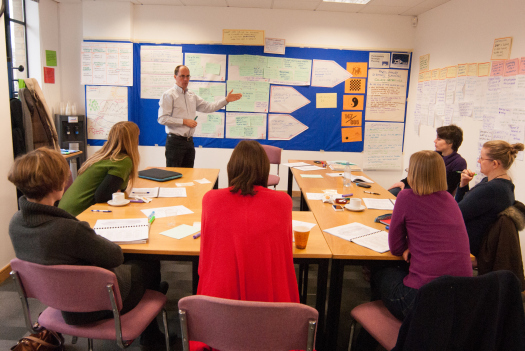 For a list of recent clients see also Who I work with.

I work with people in groups who have some common interest, goal or problem that they need to address together. This includes work teams, management teams and Boards within organisations of all sizes and in all sectors. It also includes groups that cross the boundaries of teams, departments, organisations and sectors. Often these groups come together to enable organisations to engage with their stakeholders or bring about organisation-wide change, or to enable alliances and partnerships to develop and achieve common goals together in the wider community or society.

I work particularly with voluntary organisations of civil society, with public and cross-sector partnerships, and with development and humanitarian agencies.  I work locally, nationally, internationally and online, from my home base in London.

My clients most often come to me because they have identified a need or an opportunity for collaboration, but they lack the skills or confidence to bring people together and make it happen. Very often they or the people they need to work with have been frustrated or hurt by experiences of working together before, and they fear further wasted effort or further pain. They all seem to have had enough of conversations that go nowhere, meetings that achieve nothing, and plans that never happen.  For what I do to help clients in such situations, please see how I work.

I often work solo with clients on smaller, simpler and shorter-term projects, and with a co-facilitator or a team on larger, more complex and longer-term projects. To deliver to scale and to draw on additional specialist expertise, I partner with experienced facilitators from my extensive network of associates in the UK and worldwide. 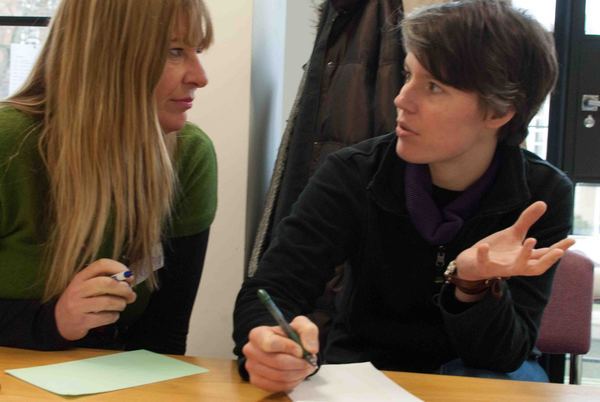 I welcome the opportunity to offer an initial telephone consultation at no cost and with no obligation, and I am glad to offer reduced rates or pro bono services when I can to groups that I am keen to support. If you may be interested in having me work with you, please contact me.

“Meetings are a key part of what we do. As a diverse, transnational, multilingual membership network, successful meetings are key to our internal and external successes. Many of our staff mentioned Martin’s training as a highlight in their end of year reviews – several said it was the most useful training they had ever attended, and there was a clear consensus that we should work with him again.”

“Martin patiently facilitated an effective and helpful strategic planning session in Beirut, Lebanon using both a friendly and direct manner of facilitation – it was refreshing to see how he helped a group of unique individuals align their thinking from an series of inchoate ideas into a final set of strategic steps for the agency. I fully recommend Martin in strategic facilitation skills.”

The International Association of Facilitators– October, 2015

“The IAF Facilitation Impact Awards are the most prestigious international awards honouring excellence in facilitation and its positive, measurable impact on organizations around the world… The European Training Foundation (ETF) [Italy] celebrated its 20th anniversary in 2014 with a combination of events, videos, and a special publication…

The facilitators Martin Gilbraith and Michael Ambjorn were asked to “creatively engage a diverse, international group of around 120, both face-to-face and online, to reflect, learn and bond together in celebrating 20 years of collective achievement”. Key results achieved include: Staff understanding of the ETF vision increased; Employee engagement enhanced; Internal communication improved.”

The International Association of Facilitators– October 24, 2014

“The International Association of Facilitators is pleased to announce the induction of these people into theInternational Facilitators’ Hall of Fame. The Hall of Fame recognizes individuals who: have contributed to our field of practice; have made ‘significant contributions’ to the field of facilitation through publication, promotion, etc.; and who have shown a high level of dedication and service to the international professional association. The individuals named have been nominated and received unanimous agreement from the IAF Board of Directors as being worthy of this, our Association’s, highest distinction.”

Bent Sorensen, Head of Communication at European Capital Of Culture Aarhus 2017 – May 28, 2014

“As the [ETF] Head of Communication, I had the pleasure of working with Martin on a major internal staff event celebrating the 20th anniversary of our organisation. Martin invested a lot of work and energy in preparing for his task of engaging 120 staff representing all areas of the organisation, more than 25 different nationalities as well as different age groups.

During the day he brought us all through an active, dynamic and entertaining programme that was far away from our daily business, and he did so with an exceptional level of professionalism and enthusiasm, so even the most sceptical were happy to participate in the activities. With his inclusive and authentic style he brought out the best of all staff, and ensured a memorable day. We all enjoyed working with Martin and I would recommend him for any event near you”

“Martin came to IDMC to facilitate our annual strategic planning session. While historically these weeks have always been faced with a fair degree of trepidation, Martin’s steady hand, unflappable temperament and ability to inspire trust and confidence with his calm and patient manner, meant that IDMC was able to really ‘unlock’. As an organisation Martin helped us to work as one team, did not shy away from the ‘tough stuff’ and we were amazed with what we managed to achieve by the end of the week. Everyone sings his praises here, and I would unreservedly recommend him.”

Martin has not added any photos.